Here are a few examples of the formal dresses that I have tailored for a custom fit.

The following dress was too small so the zipper was removed, fabric was added to fill the gap, and loops were added for lacing the ribbon in the fashion of a corset. 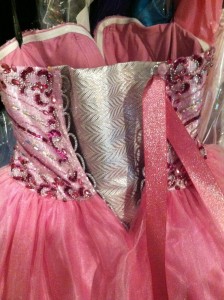 This red beaded dress was taken in along the entire length of the garment and it was also hemmed.  The heavily beaded netting made this a difficult task, but the results speak for themselves. 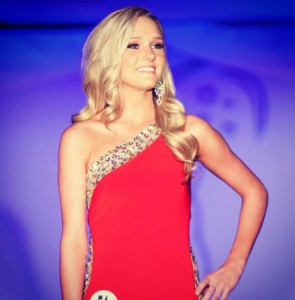 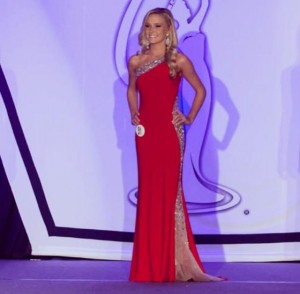 This coral dress was taken in at the back and in the front at the bust and bra cups were added.  This dress was also hemmed. 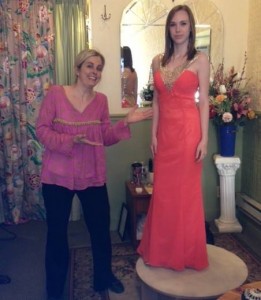 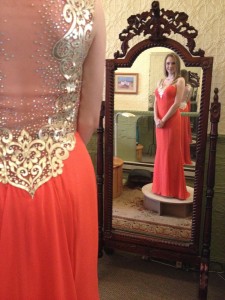 The sides over the hips of this dress were taken in and the bottom was hemmed.